The first time I visited Paris was with my high school French class during the summer before my junior year in high school. I had studied French for two years at this point, so I was excited to put my new language skills to the test. This trip was one of the best trips of my life, and I’ve been in love with the city ever since. I was lucky enough to visit again as an adult this last fall, and it only confirmed my love for Paris. Now that I’ve traveled a little bit more – not near enough in my opinion – I can still say with confidence that Paris is my favorite city in the world. From the food to the people, here’s why Paris is my favorite city.

It Sparkles at Night

The first reason why Paris is my favorite begins with one of my most memorable experiences in Paris that happened on the balcony of a hotel room. This was my first night in Paris during my high school trip, and I went to visit one of my classmates in his room. He was lucky, his room happened to be facing the Eiffel Tower. At the exact moment we walked outside on the balcony to view the amazing site for the first time, it began to glow. It sparkled and glistened it’s way into my heart. Paris has a magical way of lightening your world at night. It is, after all, known as the City of Light.

There’s entire books on the amazing architecture style that lies within Paris. With its abundance of history, there is so much to study and view in this city. To keep it short, you’ll find so many different styles of architecture. Some of my favorites include the Romanesque and Gothic styles of architecture represented in the city. It’s all so unique to Paris, and really makes the city so unique and beautiful. My favorite buildings include the Cathédrale de Notre-Dame and  the Hôtel Carnavalet. You can read more about the architecture in Paris HERE.

Intertwined in the city is the River Seine. This river really captures the essence of the city and adds to the overall beauty of Paris. A requirement for me in a favorite city is water; there needs to be some sort of water nearby or part of a city for me to call it home. I think this derives from me living in Seattle and always having the Pacific Ocean just a short drive away. The Seine spans about eight miles from east to west, and provides for some amazing views. In a result of the Seine, there are so many bridges that cross over connecting the city.

Some call Paris the City of Love. With it’s beautiful honeymoon getaway, the number of romance movies and novels that take place in it, and history within, there’s a good reason that Paris earned this nickname. Paris is such a romantic city, all you have to do is open your eyes to see this.

As an American, we don’t really learn a lot about other languages. People are easily annoyed with a person’s accent, and it’s really quite a shame that the culture is this way. I love learning about new languages and visiting places that don’t speak English. When I hear a French person speak, it flows like butter in my ears. The language sounds so pretty and everyone seems so sweet when they speak.

This might be an overall European habit, but I noticed this the most in France than in any other country I’ve visited. The people of Paris all seem to flock to parks for everything. Whether they’re just hanging out with friends, eating a baguette on their lunch break, or getting ready for the night life. Parks seem to be a spot that everyone goes to pretty often. I even saw groups sitting around drinking wine and relaxing in the park. This would never happen back home in the States; it’s illegal. This is one of the reasons why Paris is my favorite, and I just love this culture of being able to do what ever you want in the park.

The Food is to Die For

When traveling to any new region, trying the local food is always on my to-do list. Sometimes you end up trying the best dish in the world, and sometimes you end up learning that chocolate covered ants just aren’t your thing. In Paris, literally every single food item I tried, I loved. From having salmon quiche for breakfast, to giving escargot a try for dinner, and then munching on some sweet chocolate filled crepes for dessert, it’s all so delicious! I would eat their food all the time if I could.

Disclaimer: I’m a total wine drinker. Even living in Seattle with a large IPA scene, I’ve always preferred wine over any other drink. When I came to Paris, located in one of the largest wine producing countries of the world, I was in heaven. You can find wine everywhere in Paris; cafes, markets, even vendors on the street. The wine culture in Paris is absolutely amazing and is another large reason why Paris is my favorite capital.

There’s a common joke about French people that has a lot of meaning for this section. How many Frenchmen does it take to change a lightbulb? One. Only one is needed to hold the light bulb because the world revolves around him. Parisians are know for their rudeness shown to tourists and non French speaking expats. Some might see this as a turn off for visiting, but I find it so interesting. The French don’t want to put up with any BS, so they show how they feel and don’t sugar coat it like we do in the States. I quite enjoy the honesty, and admire the culture that make Paris so unique. 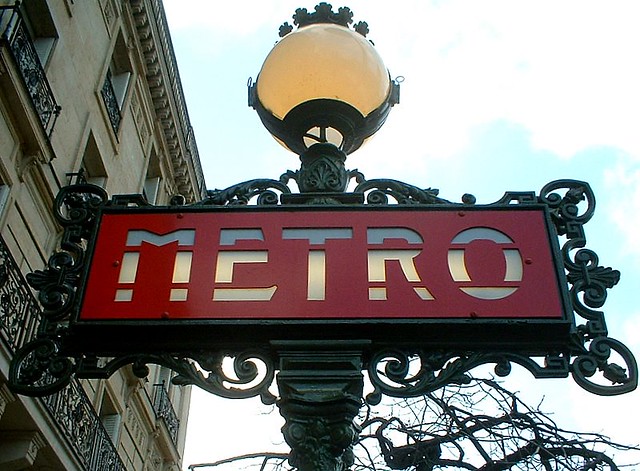 The public transportation system in Paris is so efficient and easy to use. The trains and buses are almost always on time and usually stay pretty clean. My very first time using any sort of subway system at 16 years old was in Paris, and I had no problem maneuvering the city with ease.

Paris is one of the most LGBT friendly cities in the world, and this is a big reason as to why Paris is my favorite. The city is open minded and very tolerant to people that don’t fit into the typical norm. Coming from the States, where gay marriage is legal, boys wearing skinny jeans are still gawked at on the streets. If someone doesn’t fit into society’s small box of what is expected of a person, they stand out in a bad way. During my travels in Paris, lots of boys wear skinning jeans, and you’re not stared at if you look a little different. The LGBT hub of Paris is the Marais. It’s full of gay friendly bars, café, and shops. This is also a great place to add that the nightlife is amazing. The bars are all full of people who just want to have a good time.

Paris just seems to have a blanket of magic over the city. Everything and everyone is so beautiful and help show why Paris is my favorite place to visit on the planet. Please let me know what you think of Paris in the comments below! We have included Paris in our Trip of Cheeses if you’re looking for some inspiration on your next vacation.